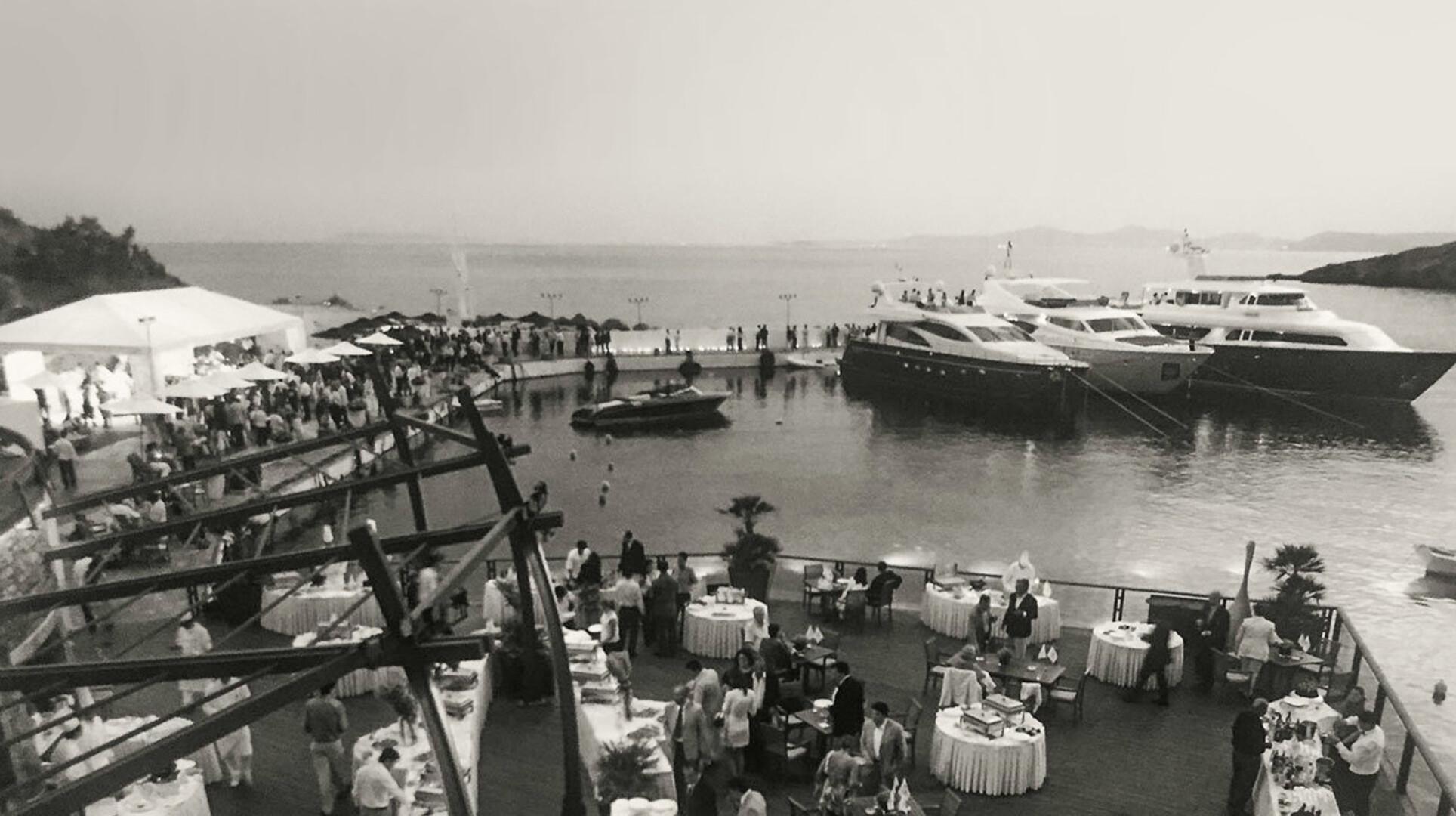 Our history is our future

In the early 80s, the yachting scene in Greece looked quite different than it does today. George Kyriazakos, a keen yachtsman, recognized firsthand that a rich, bespoke yachting market experience for enthusiasts like him was sorely missing. In 1982, a first step towards that goal was made, when he brought to Greece the American Grand Banks brand and its near legendary trawlers.

A winning team is born

In 1984, EKKA Yachts was born. That year, a novel partnership that transformed the course of the international luxury yacht market came into existence. Ferretti, a small Italian shipyard founded by brothers Norberto and Alessandro, had piqued George Kyriazakos’ interest. A planned meeting at the Ferretti Headquarters in Bologna after the Düsseldorf International Boat Show turned into a precarious adventure due to terrible weather and, to secure the deal that made EKKA Yachts the first Ferretti dealer in the world, Kyriazakos drove through Torino amidst a blinding snowstorm.

Ferretti, a boutique shipbuilding company that was building motor-sailers, had just decided to expand into motor-boats. EKKA YACHTS sold five of those that year in Greece and Norberto Ferretti christened the Aegean “the test track for all new boats”. The Greek yachting aficionados discovered Italian craftsmanship and EKKA became the first yacht dealership to offer a holistic experience of yacht sales and impeccable after-sales service.

Growth in the 90s

After 1987, when the American sportfishing yachts builder Hatteras became the third member of the EKKA Yachts family, a widespread boom in the Greek yachting market made the unrivaled EKKA services all the more indispensable. Over the next years, the company grew exponentially, offering novel amenities such as yacht financing, giving an extra thrust to an already eager market.

While Ferretti steadily grew, G. Kyriazakos joined the Ferretti Board of Directors and played an instrumental role in the launch of Ferretti of America in 1992 and the brand’s international marketing strategy. From 1999 and on, (renamed) Ferretti Group began a long line of prestigious, elite brand acquisitions such as Bertram, Riva, CRN, Pershing, Mochi Craft and Itama. For EKKA Yachts, chosen to exclusively represent these brands in Greece and later in Cyprus, this was a unique opportunity to acquire significant expertise in a considerable portfolio of diverse brands, as well as yachts of different styles, sizes and distinctive characteristics (open, sportfishing, lobster boats, etc).

Longstanding experience in such a rich, varied roster equipped EKKA Yachts and its people with unmatched knowledge and skill sets, in sales, after service practices and, later on, in brokerage and chartering.

EKKA Yachts carved its own distinct path in the Greek and international market. The 21st century denoted a new period of growth, as the company remained committed to its customer-centric approach, to fulfilling the ever-changing demands of each era and to evolving on all fronts. Expanding its business to Cyprus in 2000, EKKA Yachts continued to invest in people and its growing roster of services, remaining committed to staying ahead of the demands of the luxury yacht market.

From 2008 onwards, EKKA Yachts expanded the borders of its business across novel horizons. In 2013 the company ventured into new products, such as the Williams Performance tenders, and new services, namely the charter management and brokerage businesses. The same year, its yacht chartering division was established, initially operating small, prestigious yachts and quickly graduating to the management of custom yachts over 30 meters, chartered in Greece and abroad. It created a large international network of customers, partners and collaborators all over Europe, the UK and America, while the 2016 opening of the EKKA Mykonos offices added another destination for those traveling the Mediterranean seas.

Additionally, new brands such as Pardo Yachts joined the family. Having handled a group of diverse brands and luxury yachts for decades proved to be invaluable experience for the charter market and a significant advantage in attaining customer satisfaction.

The EKKA board and staff, passionate yachtsmen themselves, take pride in selecting the right yachts for the right people; taking care of every type of logistics, crafting marketing strategies, selecting crew, organizing travel itineraries and every single aspect of yacht ownership, purchase and chartering. Regardless of the product, the approach remains the same: tailored, sophisticated, and comprehensive, with an unparalleled level of customization and a plethora of services.

Venturing into the future

In its fourth decade, EKKA Yachts, an integrated multi-brand dealership and yachting consultancy at the forefront of Mediterranean yachting, has remained steadfast in its commitments and has evolved along with market needs, trends and realities. And while trends are important, at the heart of the operation there are always people and lasting relationships of trust. Customers, partners, collaborators and its own people are what motivate EKKA Yachts on a daily basis.